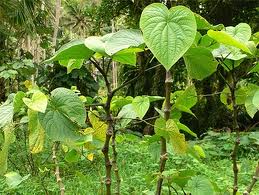 Abstract
Anxiety disorders are chronic and functionally disabling conditions with high psychological stress, characterised by cognitive symptoms of excessive worry and focus difficulties and physiological symptoms such as muscle tension and insomnia. Gamma‐aminobutyric acid (GABA) is an inhibitory neurotransmitter within the central nervous system and is a key target of pharmacotherapies in the treatment of anxiety. Although current pharmaceutical treatments are often efficacious, they may cause undesirable side effects including cognitive decrements and withdrawal symptoms. Plant‐based “phytomedicines” may provide novel treatment options, to act as an adjunctive or alternative to existing anxiolytic medications. As such, we conducted a systematic review to assess the current body of literature on anxiolytic phytomedicines and/or phytoconstituents. An open‐ended search to 5 July 2017 was conducted using MEDLINE (PubMed), Scopus, and Cochrane library online databases and performed in a stepped format from preclinical to clinical investigations. Eligible studies must have had (a) in vitroevidence of GABA‐modulating activity, (b) animal studies using anxiety models to test an anxiolytic effect, and (c) human clinical trials. Ten phytomedicines were identified as having preclinical investigations showing interaction with the GABA system, in addition to human clinical trials: kava, valerian, pennywort, hops, chamomile, Ginkgo biloba, passionflower, ashwagandha, skullcap, and lemon balm. Collectively, the literature reveals preclinical and clinical evidence for various phytomedicines modulating GABA‐pathways, with comparative anxiolytic effect to the current array of pharmaceuticals, along with good safety and tolerability profiles.
.....Of the phytomedicines reviewed, P. methysticum (Kava) has the largest evidence base for use in the anxiety disorders, with tripartite level of support from in vitro, in vivo, and human clinical studies. Thus, P. methysticum remains the hallmark anxiolytic phytomedicine (minor concerns over liver toxicity notwithstanding). It is the most strongly evidenced for generalised anxiety, with clinical investigations now examining GABA metabolite changes via neuroimaging, and whether individual gene differences in GABA pathway polymorphisms influence treatment response.  V. officinalis, C. asiatica, M. recutita, G. biloba, P. incarnata, and W. somnifera offer the next most extensive evidence for reducing anxiety through GABA‐related pathways; all with preclinical studies of GABA‐ergic action in rodent animal models, with human studies

It is well known that alcohol and certain pharmaceutical and recreational drugs can impair driving and increase the risk of accidents. Some medical researchers have expressed concerns that kava (Piper methysticum, Piperaceae) root and its preparations have the potential to cause inebriation similar to that caused by psychotropic substances such as alcohol and benzodiazepines (a class of pharmaceutical anti-anxiety drugs, which includes the well-known drug Valium®). Therefore, it is possible that kava may impair the motor skills and cognitive abilities required for safe driving. For this reason, the German Commission E, in its therapeutic monograph on kava published in 1990, included a precaution with respect to driving an automobile or operating heaving machinery while under the influence of kava.1*

The purpose of this three-arm, randomized, placebo-controlled, double-blind, crossover trial was to evaluate the acute effects of kava on driving performance. This study was part of the Kava Anxiety-Lowering Medication (KALM) Project, conducted by the Brain and Psychological Sciences Research Centre at Swinburne University of Technology in Melbourne, Australia. Men and women (n=22; aged 16-65 years) with mild-to-moderate anxiety were recruited via advertising media distributed in Hawthorn, Victoria, Australia. Patients were excluded for the following criteria: current use of antidepressants, mood stabilizers, antipsychotics, opioids, analgesics, or cannabis; substance abuse or dependency disorder in the previous six months, including alcohol abuse/dependency; previous adverse reaction to kava or benzodiazepines; regular use of kava or benzodiazepines in the previous 12 months; more than one occasion of benzodiazepine or kava use each week over the past month; pregnancy, trying to conceive, or those who could be pregnant; regular smokers (more than one cigarette a week); and those with abnormal liver function.

Participants were subjected to a 10-minute practice session on a driving simulator. They then received either three kava tablets containing a combined total of 180 mg of kavalactones, 30 mg of oxazepam (a benzodiazepine), or placebo. All treatments looked identical. The kava tablets (MediHerb Kava, Integria Healthcare Pty Ltd; Warwick, Australia) were standardized to contain 60 mg of kavalactones per tablet. The kava preparation was manufactured using a water-extracted precipitate of the peeled rootstock from a Vanuatu noble cultivar. An independent assay using high-performance liquid chromatographic analysis revealed higher concentrations of the kavalactones dihydrokawain, kawain, and dihydromethysticin; moderate levels of methysticin and yangonin; and lower levels of desmethoxyyangonin. The alkaloid pipermethystine was not present.

Following treatment administration, the patients relaxed for 90 minutes until their blood serum had appropriate levels of kava constituent. They then began a 15-minute computerized driving simulator program, followed by a visual analog assessment. One week later, patients were crossed over to another treatment. This routine was repeated a total of three times, once for each treatment.

Oxazepam produced a significantly slower braking reaction time than placebo (P=0.002) and kava (P=0.003). Concentration lapses were significantly fewer with kava than with oxazepam (P=0.033). An equal number of participants in each treatment group crashed. Results were not modified by the covariates of driving experience, driving status, or treatment order. Oxazepam-treated patients reported that they were significantly less alert than when exposed to the other treatments. All patients were more fatigued after driving, irrespective of the treatment.

According to the authors, this is the first study to evaluate the acute effects of a medicinal dose of kava on driving performance and safety compared to a benzodiazepine. The authors concluded that at medicinal doses, kava does not alter driving in the same way as benzodiazepines. Apart from its small sample size, this study had several limitations. Blood levels of oxazepam peak at two-to-three hours, and the driving analysis occurred after 90 minutes; therefore, oxazepam may have produced a more profound effect if evaluated later. The patients were not screened for medical conditions that could have altered driving vigilance, and the simulator did not exactly mimic real driving conditions. Also, the participants had mild-to-moderate anxiety, so the data may not be extrapolated to the general population.

This study gives important insight into the effects of a medicinal dose of kava on a population that would use it (i.e., patients with anxiety). However, when people use kava for recreational purposes, they consume much higher doses. Similar to alcohol, as the dose of kava increases, the ability to safely operate a vehicle may diminish. This study should be replicated with a recreational dose of kava.

* The German Commission E monograph notes under Duration of Administration: “Even when administered within its prescribed dosages, this herb may adversely affect motor reflexes and judgment for driving and/or operating heavy machinery.”


Evidence suggests that kava (Piper methysticum) is efficacious; however, cases of hepatotoxicity have led to its withdrawal or restricted use in many Western countries. Considering that kava has benzodiazepine-like effects, questions arise as to whether kava is addictive, has adverse sexual side effects, or has withdrawal effects. Hence, the purpose of this randomized, double-blind, placebo-controlled study was to evaluate adverse events (AEs), withdrawal/addiction effects, and liver function effects associated with kava use in patients with generalized anxiety disorder (GAD). Also, genetic polymorphism of the liver enzyme cytochrome P450 2D6 (CYP2D6), which metabolizes kava, was evaluated to determine whether subjects who were poor or extensive metabolizers have different AEs.

Patients (n = 58; aged 18-65 years) with DSM-IV (Diagnostic and Statistical Manual of Mental Disorders, Fourth Edition) diagnosed GAD were recruited from the Greater Melbourne area in Victoria, Australia via mass media. Excluded patients had major depressive disorder or elevated depressive symptomatology (> 17 on the Montgomery-Asberg Depression Rating Scale); a DSM-IV diagnosis of a psychotic or bipolar disorder illness; significant suicidal ideation in the previous 6 months; current use of antidepressants, mood stabilizers, antipsychotics, opioid analgesics, or St. John's wort (Hypericum perforatum); diagnosed hepatobiliary disease/inflammation; substance abuse or dependency disorder in the previous 6 months; a previous adverse reaction to kava or benzodiazepines; kava or benzodiazepine use in the previous 12 months; or abnormal baseline liver function. The study began with a 1-week placebo run-in phase. Any subject who showed a 50% improvement on the Hamilton Anxiety Scale (HAM-A) score was excluded from the study.

For 6 weeks, patients received placebo or 120 mg of kavalactones/day, which was titrated to 240 mg/day in patients showing no response at 3 weeks. The kava was formulated from pressed, dried, aqueous peeled rootstock of kava (Integria Healthcare; Eight Mile Plains, Queensland, Australia). At weeks 2 and 7, AEs were assessed via questionnaire, and blood was drawn for liver function tests and to determine polymorphisms.

There were no significant AEs reported. There was 1 case of dermatitis and 1 case of minor stomach upset that were attributed to kava intake. Withdrawal was assessed by treating all patients with placebo for 1 week at study end. There was no significant increase in AEs in either treatment group. Addiction was assessed by evaluating the number of patients who said that they wanted an increase in dose. Both treatment groups had the same number of patients who wanted to increase the dosage. There were no significant differences from baseline in liver function tests, and no patient developed clinical signs of hepatic abnormality. However, gamma-glutamyl transpeptidase (GGT) was elevated in kava-treated patients compared with those who took placebo at week 7 (P = 0.08). This finding may be due to an outlier; 1 patient had an isolated increase in GGT. Intermediate or extensive CYP2D6 metabolizer status had no significant impact on the type or frequency of AEs or abnormal liver function tests. Kava did not diminish sexual performance or enjoyment in men and women. However, there was a trend for kava-treated men to have more difficulty reaching orgasm (P = 0.067). Kava-treated women had a significant increase in sex drive (P = 0.04).

The authors conclude that kava has no deleterious effects on sexual function and pleasure, has no addictive qualities or withdrawal issues, and is safe for patients with GAD when taken for 6 weeks. Patients with GAD would require treatment for longer than 6 weeks, so a longer-term study is needed to confirm the findings. Nonetheless, this study contributes to the growing body of evidence that water-soluble, standardized formulations of kava from noble cultivars are safe. The authors conclude that these data may assist in the reintroduction of kava in restricted markets. This study uses a medicinal dose of kava, and the results cannot be extrapolated to traditional recreational use.