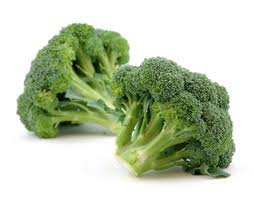 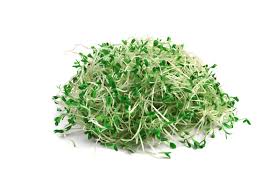 Schizophrenia and other neuropsychiatric disorders await mechanism-associated interventions. Excess oxidative stress is increasingly appreciated to participate in the pathophysiology of brain disorders, and decreases in the major antioxidant, glutathione (GSH), have been reported in multiple studies. Technical cautions regarding the estimation of oxidative stress-related changes in the brain via imaging techniques have led investigators to explore peripheral GSH as a possible pathological signature of oxidative stress-associated brain changes. In a preclinical model of GSH deficiency, we found a correlation between whole brain and peripheral GSH levels. We found that the naturally occurring isothiocyanate sulforaphane increased blood GSH levels in healthy human subjects following 7 days of daily oral administration. In parallel, we explored the potential influence of sulforaphane on brain GSH levels in the anterior cingulate cortex, hippocampus, and thalamus via 7-T magnetic resonance spectroscopy. A significant positive correlation between blood and thalamic GSH post- and pre-sulforaphane treatment ratios was observed, in addition to a consistent increase in brain GSH levels in response to treatment. This clinical pilot study suggests the value of exploring relationships between peripheral GSH and clinical/neuropsychological measures, as well as the influences sulforaphane has on functional measures that are altered in neuropsychiatric disorders.

*Sulforaphane is a natural phytochemical compound abundant in the seeds and sprouts of cruciferous plants such as broccoli.

Abstract
Bladder cancer is a significant health burden due to its high prevalence, risk of mortality, morbidity, and high cost of medical care. Epidemiologic evidence suggests that diets rich in cruciferous vegetables, particularly broccoli, are associated with lower bladder cancer risk. Phytochemicals in cruciferous vegetables, such as glucosinolates, which are enzymatically hydrolyzed to bioactive isothiocyanates, are possible mediators of an anticancer effect. In vitro studies have shown inhibition of bladder cancer cell lines, cell cycle arrest, and induction of apoptosis by these isothiocyanates, in particular sulforaphane and erucin. Although not yet completely understood, many mechanisms of anticancer activity at the steps of cancer initiation, promotion, and progression have been attributed to these isothiocyanates. They target multiple pathways including the adaptive stress response, phase I/II enzyme modulation, pro‐growth, pro‐survival, pro‐inflammatory signaling, angiogenesis, and even epigenetic modulation. Multiple in vivo studies have shown the bioavailability of isothiocyanates and their antitumoral effects. Although human studies are limited, they support oral bioavailability with reasonable plasma and urine concentrations achieved. Overall, both cell and animal studies support a potential role for isothiocyanates in bladder cancer prevention and treatment. Future studies are necessary to examine clinically relevant outcomes and define guidelines on ameliorating the bladder cancer burden.


Influenza infection, or the flu, is a common illness worldwide that sometimes causes serious illness and even death. Broccoli (Brassica oleracea var. italica, Brassicaceae) sprout homogenate (BSH) has been reported to attenuate viral replication and enhance immune responses of host organisms. BSH contains the compound sulforaphane, which has been shown to increase natural killer (NK) cell activity. These systemic lymphocytes trigger cytokine release and factor in the host's cytotoxic response. The live attenuated influenza virus (LAIV) vaccine is used as an experimental model in human subjects and has been shown to elevate nasal NK activity. This randomized, double-blind, placebo-controlled study investigated the impacts of BSH on immune cell activity, especially NK cell activity, in blood of nonsmoking, healthy subjects given LAIV.
Potential subjects were excluded if they smoked, since smoking affects immune response to LAIV, or had a flu vaccine or infection within a year prior to the study. The authors indicate that this study represents a portion of a larger study that did include smokers, with nasal responses to LAIV in smokers being separately published. Included subjects were randomly assigned to consume alfalfa (Medicago sativa, Fabaceae) sprout homogenate (ASH) as placebo or BSH once per day for 4 days. Daily dosage was 200 g of a shake containing 111 g of broccoli sprouts (reported to contain 100 µmol of sulforaphane) or ASH (said to contain "minimal" amounts of sulforaphane).
Broccoli sprouts were procured from Brassica Protection Products LLC (Baltimore, Maryland), while shakes were made by the Nutrition Research and Metabolism Core, University of North Carolina; Chapel Hill, North Carolina. On the second day of BSH or ASH treatment, nasal LAIV (FluMist®; MedImmune, Inc.; Gaithersburg, Maryland) was administered to subjects. Blood samples were collected on the first day of shake consumption, i.e., the day before LAIV administration (day −1), day 2, and day 21. Subjects were instructed to abstain from the consumption of other vegetables in the Brassicaceae family and anti-inflammatory drugs during the study period.  Whole blood was analyzed by flow cytometry to quantify several types of immunity-related cells, and peripheral blood mononuclear cells were isolated for the detection of NK cells. NK cells were further analyzed for markers of activity and assayed for cytotoxicity. Nasal viral load also was measured using real-time reverse transcription polymerase chain reaction (RT-PCR).
This study took place during the flu season of 2012-2013. Overall, 42 subjects were randomly assigned to the ASH (n=23) or the BSH (n=19) group. After exclusion of subjects who developed respiratory illness or missed appointments, 21 subjects in the ASH group and 15 subjects in the BSH group received the treatments; in the ASH group, 1 additional subject dropped out early due to illness. Difficulties in sample collection or processing meant that in the ASH group, cell populations could be analyzed in only 11 subjects, and NK cell markers and cytotoxicity in 14 subjects. In the BSH group, cell populations and NK cell markers were analyzed in 11 subjects and cytotoxicity in 12. There were no adverse side effects reported, although 1 subject fainted during a blood draw. There were no statistically significant baseline differences in age, sex, race, or body mass index between groups; data were given only for 16 ASH subjects and 13 BSH subjects.
At day 2 and day 21, T cells and NKT cells (NK cells with similar activity to T cells) were significantly decreased in all subjects considered together as compared to day −1 (T cells: 26.5 ± 8.07 cells vs. 22.7 ± 5.27 cells, P=0.022; NKT cells: 1.65 ± 1.15 cells vs. 0.93 ± 0.61 cells, P=0.002). In all subjects, NKT cells were significantly decreased at day 21 as compared to day −1 (1.65 ± 1.15 cells vs. 1.23 ± 0.86 cells, P=0.036). Those in the BSH group had fewer NKT cells in blood on day 21 than the ASH group (P=0.041). [Note: Apparent formatting errors in one table suggest an opposite effect.] The authors suggest that T and NKT cells are reduced in blood because they are directed to the nasal mucosa in response to LAIV infection.
In all subjects, at day 2 as compared with day −1, a marker of reduced cytotoxicity in NK cells was significantly lowered (P=0.0084), suggesting that a greater proportion of NK cells were highly cytotoxic. Likewise, in all subjects at day 2, a marker of NK cell inhibition was significantly reduced (P=0.0007), a marker of NK cell cytotoxicity was significantly elevated (P=0.0095), and directly measured cytotoxic activity of NK cells was significantly increased (P=0.015). A marker of NK cell apoptotic potential was significantly increased on day 21 compared with day −1 only in those taking BSH (P=0.038). Differences in nasal viral load were not statistically significant.
In general, LAIV significantly decreased T cells and NKT cells in peripheral blood, while significantly increasing NK cell cytotoxicity. BSH had a significant effect on NKT cell number, as well as NK cell apoptotic potential. Reported results from both groups suggest that ASH also may have had bioactivity in subjects given LAIV, illustrating the necessity of careful selection of a placebo for future trials. [Note: Alfalfa has sometimes been used in folk medicine for respiratory infections.] Also, the clinical significance of measured effects is unclear. Future clinical studies would do well to include patients with the flu to ascertain efficacy of BSH on illness as opposed to vaccine response.
--Amy C. Keller, PhD

Abstract
Sulforaphane (SFN) is a naturally occurring isothiocynate compound found in cruciferous vegetables. Here, we report the effect of SFN on cardiac hypertrophy and propose an underlying mechanism.

Conclusion
These results suggest that SFN has the potential to prevent cardiac hypertrophy by downregulating GATA4/6 and mitogen-activated protein kinase signaling pathways.

Chronic obstructive pulmonary disease (COPD) is a common lung disease that gets progressively worse over time, making it harder and harder to breathe. It is caused primarily by cigarette smoking, which leads to persistent inflammation in the airways and the subsequent destruction of the lung tissue.

Given the central role of inflammation in COPD, it is surprising that patients derive little benefit from treatment with potent anti-inflammatory drugs known as corticosteroids.

Working with cells from individuals with COPD, a team of researchers led by Shyam Biswal and Rajesh Thimmulappa, at Johns Hopkins University, Baltimore, has identified a candidate therapeutic that could potentially be used to augment the anti-inflammatory effects of corticosteroids in individuals with COPD -- sulforaphane, a compound obtained from cruciferous vegetables such as broccoli, Brussels sprouts, and cabbages.