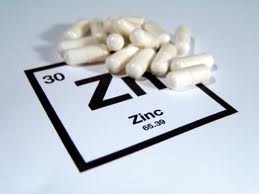 Abstract
Zinc plays a pivotal role in various zinc enzymes, which are crucial in the maintenance of liver function. Patients with chronic liver diseases (CLDs) usually have lower concentrations of zinc, which decrease further as liver fibrosis progresses. Whether long-term zinc supplementation improves liver function and reduces the risk of hepatocellular carcinoma (HCC) development remains unknown. Two hundred and sixty-seven patients with CLDs who received a zinc preparation (Zn-group; 196 patients), or who did not receive zinc (no Zn-treatment group; 71 patients), were retrospectively analyzed in this study. The Zn-group was divided into 4 groups according to their serum Zn concentrations at 6 months after the start of Zn treatment. Liver function significantly deteriorated in the no Zn-treatment group, while no notable change was observed in the Zn-group. The cumulative incidence rates of events and HCC at 3 years were observed to be lower in the Zn-group (9.5%, 7.6%) than in the no Zn-treatment group (24.9%, 19.2%) (p < 0.001). According to serum Zn concentrations, the cumulative incidence rates of events and HCC were significantly decreased in patients with Zn concentrations ≥ 70 µg/dL (p < 0.001). Zinc supplementation appears to be effective at maintaining liver function and suppressing events and HCC development, especially among patients whose Zn concentration is greater than
70 µg/dL.

Abstract
​To review data on the role of ethanol-induced alteration of Zn homeostasis in mediation of adverse effects of alcohol abuse.

Methods
The scholarly published articles on the association between Zn metabolism and alcohol-associated disorders (liver, brain, lung, gut dysfunction, and fetal alcohol syndrome) have been reviewed.

Conclusions
Generally, current findings suggest that assessment of Zn status could be used as a diagnostic marker of metabolic disturbances in alcohol abuse, whereas modulation of Zn metabolism may be a potential tool in the treatment of alcohol-associated disorders.

IntroductionOsteoporosis is one of the most common bone metabolic disorders that cause degradation of bones mechanical function as a result of changes in its material properties [1]. The alterations in the bone composition and structure occur as a result of changes in metabolic conditions such as hormonal changes, steroids, dietary intake, and lifestyle [2,3]. Postmenopausal condition is the most common type of hormonal imbalances that is prevailing amongst women. The clinical importance of osteoporosis as a result of estrogen deficiency has been extensively investigated in current years because of the large number of people getting affected. The factors that contribute to bone strength include two parameters bone quantity and quality. Quantity is measured in terms of bone mineral density and bone quality includes arrangement or micro architecture of both the collagen and hydroxyapatite, and cellular activity [4]. Large number of therapies for osteoporosis is available these days that fall into two categories: antiresorptive drugs, and anabolic drugs. However, these therapies encompass many adverse effects like malignant tumor formation with hormone therapy and gastrointestinal tolerance problems with bisphosphonates, which may exclude their long-term administration [5,6]. Thus, there is a need for an alternative therapy that can improve bone health without inducing adverse effects. Nutrition supplements such as vitamins [7], proteins [8] and amino acids [9] are well acknowledged to promote bone remodeling process and to augment mineral absorption.

.....Although immense debate still exists on the mechanism for osteoporosis and its reversal upon nutritional supplementation. These nutritional supplements impact the balance between formation and resorption processes on skeletal metabolism. Based on the results of the current work, we have concluded that supplemental intake of zinc may play preventive and therapeutic role for bone loss that are induced by postmenopausal condition. Zinc helps in maintaining the mechanical strength of the bone by restoring the bone composition and microstructure. However, further studies need to be carried out to find out the exact mechanism of zinc action on bone cells in the osteopenic condition.

Australian researchers have found that zinc can 'starve' one of the world's most deadly bacteria by preventing its uptake of an essential metal. The finding, by infectious disease researchers at the University of Adelaide and The University of Queensland, opens the way for further work to design antibacterial agents in the fight against Streptococcus pneumoniae.

Streptococcus pneumoniae is responsible for more than one million deaths a year, killing children, the elderly and other vulnerable people by causing pneumonia, meningitis, and other serious infectious diseases.

Published today in the journal Nature Chemical Biology, the researchers describe how zinc "jams shut" a protein transporter in the bacteria so that it cannot take up manganese, an essential metal that Streptococcus pneumoniae needs to be able to invade and cause disease in humans.

"It's long been known that zinc plays an important role in the body's ability to protect against bacterial infection, but this is the first time anyone has been able to show how zinc actually blocks an essential pathway causing the bacteria to starve," says project leader Dr Christopher McDevitt, Research Fellow in the University of Adelaide's Research Centre for Infectious Diseases.

"This work spans fields from chemistry and biochemistry to microbiology and immunology to see, at an atomic level of detail, how this transport protein is responsible for keeping the bacteria alive by scavenging one essential metal (manganese), but at the same time also makes the bacteria vulnerable to being killed by another metal (zinc)," says Professor Bostjan Kobe, Professor of Structural Biology at The University of Queensland.

The study reveals that the bacterial transporter (PsaBCA) uses a 'spring-hammer' mechanism to bind the metals. The difference in size between the two metals, manganese and zinc, causes the transporter to bind them in different ways. The smaller size of zinc means that when it binds to the transporter, the mechanism closes too tightly around the zinc, causing an essential spring in the protein to unwind too far, jamming it shut and blocking the transporter from being able to take up manganese.

"Without manganese, these bacteria can easily be cleared by the immune system," says Dr McDevitt. "For the first time, we understand how these types of transporters function. With this new information we can start to design the next generation of antibacterial agents to target and block these essential transporters."

Eating for Eye Health Can Be Beneficial

Eating healthy can affect more than what the scale says. According to experts at the University of Alabama at Birmingham (UAB), it is possible to aid eye health through nutrition and supplements.Research by the National Eye Institute (NEI) has shown that high levels of antioxidants and zinc, in the form of a nutritional supplement tablet, reduced the risk of advanced age-related macular degeneration (AMD).

“AMD is the leading cause of blindness in older adults,” said Cynthia Owsley, Ph.D., professor and vice chair for clinical research in the Department of Ophthalmology. “These dietary supplements are not a cure for AMD, but they do reduce one’s risk of progressing to the most serious form of the disease.”

“You are what you eat; it’s trite but it’s true,” Semes said. “It’s been shown that certain habits like eating a high-fat diet are associated with, but not causative, in AMD.”

One food that has long been connected with improving vision is carrots, but Semes said carrots alone will not accomplish significant gains in eye health.

“The basis for this belief is that carrots are high in beta-carotene,” Semes said. “But beta-carotene alone is not going to be protective enough. There’s also a tangential relationship that a lack of vitamin-A, a cousin of beta-carotene, is implicated in poor darkness adaptation.”

Seeing well when moving from light to dark declines with age.
Semes serves on the American Optometric Association Health and Nutrition Committee, which developed a list of specific foods and nutrients that have been found to be beneficial to eye health.

Zinc for the common cold

Background:  The common cold is one of the most widespread illnesses and is a leading cause of visits to the doctor and absenteeism from school and work. Trials conducted since 1984 investigating the role of zinc for the common cold symptoms have had mixed results. Inadequate treatment masking and reduced bioavailability of zinc from some formulations have been cited as influencing results.

Objectives:  To assess the effect of zinc on common cold symptoms.

Authors' conclusions:  Zinc administered within 24 hours of onset of symptoms reduces the duration and severity of the common cold in healthy people. When supplemented for at least five months, it reduces cold incidence, school absenteeism and prescription of antibiotics in children. There is potential for zinc lozenges to produce side effects. In view of this and the differences in study populations, dosages, formulations and duration of treatment, it is difficult to make firm recommendations about the dose, formulation and duration that should be used.


Hypothesis: Zinc can be effective in treatment of vitiligo

Vitiligo is a common depigmenting skin disorder (prevalence 0.1-2%), still represents a cause of stigmatization and quality of life impairment in a large population. Several theories on vitiligo etiopathogenesis have been suggested including in trauma, stress, and autoimmune and genetic predisposition, accumulation of toxic compounds, altered cellular environment, imbalance in the oxidant-antioxidant system, impaired melanocyte migration and/or proliferation, infection, and psychological factors. Zinc, as a trace element, has many vital functions in human. It is antiapoptotic factor and needed as a cofactor for antioxidant defense system. It plays an important role in the process of melanogenesis. It may be effective in prevention and treatment of vitiligo via some mechanism. Herein, we suggested some probable protective mechanism for zinc in association with vitiligo.