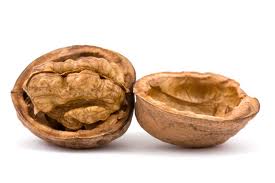 Abstract
Consumption of walnuts has slowed breast cancer growth and/or reduced the risk of mammary cancer in mice. The benefit against cancer was associated with altered expression of genes for cancer growth and survival. We hypothesized that walnut consumption would alter gene expression in pathologically confirmed breast cancers of women in a direction that would be expected to decrease breast cancer growth and survival, as was seen in mice. The study was a non-placebo, two-arm, clinical trial. Women with breast lumps large enough for research and pathology biopsies were recruited and randomized to walnut consuming or control groups. Immediately after biopsy collection, women in the walnut group began to consume two ounces of walnuts per day until follow-up surgery. Pathological studies confirmed that lumps were breast cancer in all women who remained in the trial. At surgery, about two weeks after biopsy, additional specimens were taken from the breast cancers. Changes in gene expression in the surgical specimen compared to baseline were determined in each individual woman in walnut-consuming (n = 5) and control (n = 5) groups. RNA-Seq expression profiling revealed that expression of 456 identified genes was significantly changed in the tumor due to walnut consumption. Ingenuity Pathway Analysis showed activation of pathways that promote apoptosis and cell adhesion, and inhibition of pathways that promote cell proliferation and migration. These results support the hypothesis that, in humans, walnut consumption could suppress growth and survival of breast cancers.

Abstract
​Background
Walnut leaf is one of the many medicinal plants used in folklore as male fertility enhancers. The present work was therefore undertaken with an aim to scientifically validate this claim. As such, we evaluated the effect of the aqueous extract from walnut leaves on biomolecules related to fertility in adult male rats and its mode of action as fertility-enhancing agent.

Methods
Twenty-five rats were randomly divided into five groups of five animals each; Group 1 served as control and received normal (0.9%) saline only; Groups II, III, IV received 50, 500, 1,000 mg/kg body weight (BW) of T. conophorum leaf extract orally, while Group V served as standard and was given suspension of clomiphene citrate orally at the dose of 1.04 mg/kg/ml BW. The extract and drug were given daily and the experiment lasted for 21 consecutive days.

Results
The testicular biochemical parameters in treated groups showed significant (p<0.05) increase in lactate dehydrogenase activity activity, Glucose-6-phosphate dehydrogenase (G-6PDH) activity, glycogen content, 3β and 17β hydroxysteroid dehydrogenase activities and testicular and epididymal Zn and Se contents with a significant decrease in cholesterol content. A significant increase in testis weight and epididymis weight were also observed. Also, a significant (p<0.05) increase in the level of serum testosterone, luteinizing hormone (LH), follicle-stimulating hormone, sperm count, motility, viability and a decrease in sperm abnormality were observed in the various treated groups when compared with the control group. This increment was concentration dependent, while the extract at the highest concentration showed a more pronounced effect than the standard drug. Also, no sperm DNA fragmentation index was found in all the treatment groups. Photomicrographs from light and scanning electron microscopy showed large fenestrae of interstitial tissue, large fluid space and intact seminiferous epithelium layers fully packed with spermatogenic cells in treated groups than the control group.

Conclusions
The present study has demonstrated that Tetracarpidium conophorum (African walnut) leaf possesses fertility-enhancing property and have useful effects on spermatogenesis and sperm parameters in rats.

Healthy young men with a Western-style diet may be able to boost their sperm quality by eating a small packet of walnuts a day.

These are the findings of a new study that shows healthy American men in their 20s and 30s who ate a 75g (2.5 ozs) packet of walnuts a day were able to increase the vitality, motility and structure of their sperm compared to counterparts who did not eat walnuts.

A report on the study appeared online on 15 August in the Biology of Reproduction journal's papers-in-press section.

Infertility and subfertility is a common problem that affects about 70 million couples worldwide. Between a third and a half of cases are due to poor semen quality in the male partner, with scientists giving a number of reasons for this in industrialized societies: pollution, unhealthy lifestyles and the Western-style diet cited amongst them.

First author Wendie Robbins, of the University of California, Los Angeles (UCLA) and colleagues focused on the last of these, as they explained in their background information to the study:

"We tested the hypothesis that 75 gm of whole-shelled walnuts/day added to a Western-style diet of healthy young men would beneficially affect semen quality."

75 g is about 2.5 ozs, equivalent to one of those small snack-style packs you can get in the supermarket.

A small packet of walnuts a day appear to help improve the vitality of sperm Walnuts are rich in polyunsaturated fatty acids (PUFAs), which play an important role in maturing sperm and preserving the integrity of the membrane around the cell which in turn affects its ability to fertilize an egg.

In the Western-style diet, PUFAs are usually found in fish, fish oil supplements, flax seed and walnuts. Walnuts also offer an important source of linolenic acid (ALA), a natural plant source of omega-3.

For their study, which was partially funded by the California Walnut Commission, Robbins and colleagues enrolled 117 healthy men aged 21 to 35 who followed a Western-style diet.

The participants were randomly assigned to one of two groups: 58 were asked to avoid eating tree nuts, and 59 were asked to eat 75 g of walnuts a day.

The researchers picked 75 g because other studies have suggested this is enough to change lipid levels in the blood but not enough to make healthy young men put on weight.

All the participants gave blood and semen samples before and after the study period, which lasted 12 weeks.

The researchers assessed semen quality using the traditional measures of male fertility. These include sperm concentration, vitality (living versus dead sperm), motility (how well they travel towards an egg), morphology (shape and structure), and chromosome abnormalities.

The results found at the end of the 12 weeks, neither group showed significant changes in body weight, body mass, or physical activity levels (these factors can also affect sperm quality).

However, the men in the walnut group had higher levels of omega-6 and omega-3 (ALA) fatty acids in their blood at the end of the study period than they did at the start.

The men in the walnut group also experienced improvements in sperm quality over the 12 weeks of eating walnuts, there were significant increases in measures of vitality, motility, and morphology. Their sperm also showed fewer chromosome abnormalities at the end of the 12 weeks than it did at the start of the study.

The control group, however, showed no such changes.

The researchers conclude that their:

Note that the study only looks at the effect of walnut consumption on semen quality in healthy young men: it doesn't show whether it would have the same effect in men with fertility problems, or whether the observed improvements in semen quality actually result in increased fertility.

Prostate cancer (PCa) has been linked to fat intake, but the effects of both different dietary fat levels and types remain inconsistent and incompletely characterised. The effects on PCa in the transgenic adenocarcinoma of the mouse prostate (TRAMP) cancer model of an elevated fat (20 % of energy as fat) diet containing 155 g of whole walnuts were compared to those of an elevated fat (20 % of energy as soyabean oil) diet with matched macronutrients, tocopherols as well as a low-fat (8 % of energy as soyabean oil) diet. Mice, starting at 8 weeks of age, consumed one of the three different diets ad libitum; and prostates, livers and blood were obtained after 9, 18 or 24 weeks of feeding. No differences were observed in whole animal growth rates in either high-fat (HF) diet group, but prostate tumour weight and growth rate were reduced in the walnut diet group. Walnut diet group prostate weight, plasma insulin-like growth factor 1, resistin and LDL were lower at 18 weeks, while no statistically significant prostate weight differences by diet were seen at 9 or 24 weeks. Multiple metabolites in the livers differed by diet at 9 and 18 weeks. The walnut diet's beneficial effects probably represent the effects of whole walnuts' multiple constituents and not via a specific fatty acid or tocopherols. Moreover, as the two HF diets had dissimilar effects on prostate tumour growth rate and size, and yet had the same total fat and tocopherol composition and content, this suggests that these are not strongly linked to PCa growth.