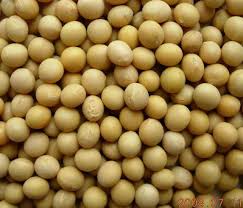 Abstract
Inflammatory bowel diseases (IBDs), including ulcerative colitis and Crohn’s disease, are chronic disorders of the gastrointestinal tract, although the exact causes of IBD remain unknown. Present treatments for IBDs have poor tolerability and insufficient therapeutic efficacy, thus, alternative therapeutic approaches are required. Soybean-derived isoflavones have multiple bioactivities such as anti-inflammation. However, the low water solubility of soybean isoflavones limits their bioavailability and practical use. Therefore, in order to study the preventive effects of water-soluble soybean isoflavones on colonic inflammatory status, we examined soybean-derived isoflavone glycosides (SIFs) in a dextran sodium sulfate (DSS)-induced murine colitis model and in lipopolysaccharide (LPS)-activated RAW264.7 macrophages. Oral administration of SIF (0.5 w/v%) attenuated DSS-induced colitis in terms of body weight decrease, colon shortening, epithelial apoptosis, histological score, mRNA levels of inflammatory cytokines, and immune cell infiltration in colon tissues. In the in vitro assessment, we observed the inhibitory effects of SIF on the production of nitric oxide and prostaglandin E2, via suppression of inducible nitric oxide synthase and cyclooxygenase-2 expression in RAW264.7 macrophages in response to LPS. Furthermore, we confirmed that the expression of inflammatory cytokines and chemokines were decreased by pre-treatment with SIF in LPS-activated RAW264.7 macrophages. Moreover, we demonstrated that SIF suppressed inflammatory mediators involved in nuclear factor-κB signaling pathway via inhibitory κB kinase phosphorylation and degradation of inhibitory κB. Our results suggested that SIF may be beneficial for the remission of colonic inflammatory status including IBDs.

Abstract
We evaluated the effects of Seoritae extract (SE) on mild to moderate lower urinary tract symptoms (LUTS) suggestive of benign prostatic hyperplasia (BPH). Seventy-six subjects with mild to moderate LUTS suggestive of BPH were prospectively recruited from the urology outpatient clinic and assigned to either SE (4200 mg or 6 tablets 3 times a day) or matching placebo. The primary outcome variable, the International Prostatic Symptom Score (IPSS), was evaluated at baseline and at 4 and 12 weeks. Postvoid residual volume (PVR), maximum urine flow rate (Qmax), and prostate-specific antigen (PSA) levels were evaluated. IPSSs decreased significantly from baseline to 12 weeks within the SE group. Significant improvements in IPSS voiding scores at 4 and 12 weeks were also observed in the SE group compared to the placebo group. IPSS storage and quality of life scores were also significantly decreased at 12 weeks in the SE group. There was no change in Qmax or PVR in both groups after 12 weeks. Administration of SE for 12 weeks led to significant improvements in LUTS, and it can be concerned as a reasonable and safe alternative for men with mild to moderate LUTS.

Abstract
Nonalcoholic steatohepatitis (NASH) has become a global chronic liver disease, but no effective medicine has been proven to cure it. This study investigated the protective effects of genistein, a phytoestrogen, on NASH and examined whether it has any effect on hepatic PPARγ. Male Sprague-Dawley rats were divided into four groups: control group fed ad libitum with standard rat diet, NASH group fed ad libitum with high-fat diet to induce NASH and NASH + Gen8 group and NASH + Gen16 group fed with high-fat diet plus intragastric administration of 8 or 16 mg/kg genistein once daily. After 6 weeks, liver samples were collected to determine MDA, TNF-α, PPARγ, and histopathology. The findings were that levels of hepatic MDA and TNF-αincreased in NASH group, but 16 mg/kg genistein reduced these levels significantly. Downregulation of hepatic PPARγ was observed in NASH group, but genistein significantly upregulated the expression of PPARγin both NASH + Gen groups. The histological appearance of liver in NASH group presented pathological features of steatohepatitis which were diminished in both NASH + Gen groups. The results suggest that genistein attenuates the liver histopathology of NASH with upregulation of hepatic PPARγ, reduction of oxidative stress, and inhibition of inflammatory cytokine.

There are few topics as emotionally driven as food choices. For most of us, our dietary choices are guided mostly by our taste preferences, familiarity (think comfort foods), and convenience. In fact, much of what passes as nutritional science in the popular media is incorrect or overstated. As a result, there are often widely held misconceptions and untruths about what is a "healthy food."

A classic example is soy-based food products. About 4 years ago, I wrote a column to debunk the popular (and inaccurate) belief that some of the hormone-like chemicals -- called phytoestrogens -- in these healthy beans could interfere with fertility. The latest research goes one step further suggesting that these foods actually boost the pregnancy rates in women undergoing advanced reproductive techniques (ART).

It's been well established that adding soy based foods can lead to small changes in thehormone balance of people that eat them. But for too long, people who wanted to promote unhealthy dietary choices successfully created concerns among fertility patients. Then two clinical studies came along that demonstrated that women taking soy supplements during either ovulation induction treatment or IVF cycles had higher pregnancy rates.

But the problem with these studies was that the supplements that were used boosted the level of phytoestrogens to levels that are more than 10 times higher than those of people eating a traditional Asian diet. New research has provided more practical insights into the health benefits achieved by simply switching to easily obtained soy based foods.

This latest study was very practical because researchers looked at the dietary choices in a group of 315 women that ultimately completed 520 ART cycles in 2013. Better still, they followed them prospectively to minimize the risk of obtaining biased results. They then looked at various results from their IVF cycles.

They found that the eggs from women that were eating foods that contained soy had a higher fertilization rate. More specifically, they found that the clinical pregnancy rate was 11% higher and live birth rate was 13% higher for the soy group after they were age-matched with women who did not eat soy. In fact, women who were consuming the most amount of soy had a nearly 80% higher chance of success.

The bottom line was that soy containing foods seem to be very beneficial to women undergoing fertility treatment, without making huge dietary changes.

An important step towards validating any finding is to then try to establish a theory of how the intervention may have resulted in the finding. The previous studies on soy supplements and IVF outcome suggested that the isoflavones -- these are the estrogen-like chemicals in soybeans -- resulted in a healthier uterine lining and thereby improved the ability of embryos to implant. They based this assumption on the fact that the ultrasound imaging of the lining appeared different.

This recent study did not find any such changes. Instead, they hypothesized that the benefits are demonstrated by the fertilization rate of the eggs from the women eating soy versus those who weren't eating soy. The fact that it was higher in the soy group suggests that eating soy may improve egg quality. Regardless of the mechanism, all of the research agrees that dietary soy is associated with higher pregnancy rates and a greater chance at a live birth.

Maybe the most important aspect of clinical research is guiding and motivating patients on how and when to implement changes. Given the large number of products that now contain soy as well as the various "meat substitutes" (e.g., veggie patties, soy milk, soy butter, soy yogurt) it makes sense to encourage women going through IVF to try to make some conscious changes to select these products or to eat soybeans.

Another potential advantage of reducing meat, chicken, and fish consumption is that plant-based proteins contain far less of the unhealthy aspects of our modern diet, like hormone disrupting chemicals, pesticides, and antibiotics. The end result is not only a higher chance of conceiving but also of having a healthier pregnancy and giving your child the very best start possible.

Robert Greene, MD, is a reproductive endocrinologist with Conceptions Reproductive Associates in Denver.

METHODS: Databases and relevant Web sites were searched for relevant studies up to March 2014. Two reviewers independently verified all potentially suitable randomized controlled trials (RCTs) using inclusion and exclusion criteria, and the quality of identified RCTs was assessed using the Jadad scale and the Risk of Bias Tool from the "Cochrane handbook for systematic reviews of interventions." Any disagreement on study quality or data extraction was resolved by consensus; a third reviewer was consulted if needed. Standardized mean differences (SMDs) in cognitive function test scores were calculated between SIF-treated and placebo-treated groups.

CONCLUSIONS: SIF supplementation seems to have a positive effect on improving summary cognitive function and visual memory in postmenopausal women. There may be a critical window of opportunity in initiating SIF use at an earlier age in postmenopausal women, and geography and treatment duration seem to be factors influencing the effects of SIF supplementation. All individuals in the included studies should be followed up to observe the incidence rates of Alzheimer's disease and dementia, and future studies should report any adverse effects of SIF supplementation.