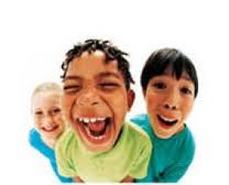 When will profit not take precedence to health?

Below are articles from various sources on Hyperactivity, only when we become knowledgeable on the causes of Hyperactivity will we be able to remove them from our children's and our own lives.  So please read on and become informed.

Methods
169 primary school children suffering from hyperactivity and concentration difficulties but not meeting ADHS criteria were treated in an observational study by 27 office based pediatricians with a recommended daily dose of 640 mg valerian root extract WS® 1014 and 320 mg lemon balm extract WS® 1303 (Sandrin®), and evaluated by pediatricians and parents using standardized questionnaires at baseline, weeks 2 and 7.

Results
The fraction of children having strong/very strong symptoms of poor ability to focus decreased from 75% to 14%, hyperactivity from 61% to 13%, and impulsiveness from 59% to 22%. Parent rated social behavior, sleep and symptom burden showed highly significant improvements. Only in two children mild transient adverse drug reactions were observed.

Conclusion
In primary school children with restlessness, concentration difficulties and impulsiveness treatment with WS® 1014 and WS® 1303 (Sandrin®) provides a viable option in addition to counseling and education.

The chemical bisphenol A, known as BPA, has become familiar in the past decade, notably to parents searching for BPA-free bottles for their infants. Animal studies have found that BPA, which resembles the sex hormone estrogen, harms health. The growing brain is an especially worrisome target: estrogen is known to be important in fetal brain development in rodents. Now a study suggests that prenatal, but not childhood, exposure to BPA is connected to anxiety, depression and difficulty controlling behaviors in three-year-olds, especially girls.

More than 90 percent of Americans have detectable amounts of BPA in their urine; for most people, the major source of exposure is diet. BPA is a component of the resins that line cans of food and the plastics in some food packaging and drink containers, and the chemical leaches into the edible contents. Other sources of BPA exposure include water-supply pipes and some paper receipts.

Epidemiologist Joe M. Braun of Harvard University and his colleagues studied 240 women and their children in the Cincinnati area. The researchers collected urine samples from the mothers twice during pregnancy and within 24 hours of birth and from the children at ages one, two and three. BPA was detectable in 97 percent of the samples. They also surveyed parents about their kids’ behavior and executive functions—a term for the mental processes involved in self-control and emotional regulation.

The researchers found that the more BPA children were exposed to in the womb, the more anxious, depressed and hyperactive they were at three years old and the more difficulty they had con­trolling their emotions and inhibiting behaviors. The effects were most severe in girls. The team did not find a con­nection between the children’s behavior and their exposure to BPA after they were born, they report in the November 2011 issue of Pediatrics.

Determining the precise mechanisms behind BPA’s effect on behavior will require more work, Braun observes. BPA interferes with estrogen; in the brain, this action could affect the migration and survival of neurons, for example. “It is fair to say there is reasonable concern over BPA toxicity,” Braun says.

Luckily, reducing dietary exposure is possible. As reported last July in Environ­­mental Health Perspectives, 20 participants swapped their normal diet, which included canned and packaged foods, for a “fresh foods” diet, which did not. The dietary switch reduced the participants’ BPA levels by 66 percent after three days.

Do synthetic food colours cause hyperactivity?

- critics blame the additives for triggering behavioral problems in youngsters
A very informative article from the Chicago Tribune.......

Food coloring is the reason glace cherries are red rather than beige and that children's tongues sometimes appear freakishly blue. But man-made dyes may do more than make processed food look vibrant and whimsical. Some blame the additives for triggering behavioral problems in youngsters.

Acting on research published in the Lancet, the European Parliament last year began requiring products containing synthetic food colors to carry warning labels saying that "consumption may have an adverse effect on activity and attention in children."

Now, the U.S. Food and Drug Administration has scheduled a March hearing on whether food dyes adversely impact children's health. The Center for Science in the Public Interest, or CSPI, is asking the agency for a synthetic food-dye ban and to place warnings on products until the colors are removed.

The dyes are often used to enhance the appearance of sugary cereals, candies, sodas, fruit-flavored snacks, fast food and other products that are aimed at children and have little nutritional value, the CSPI said in a citizen's petition signed by 18 physicians and researchers. Since naturally derived alternatives exist, the continued use is hardly worth any potential risk, it said.

"What's the benefit? To make junk food even more appealing to children than it already is?" asked CSPI Executive Director Michael Jacobson.

Other experts say food dyes, which require pre-market approval, are among the most tightly regulated additives on the market and there's little evidence for the long-suspected link between food colors and hyperactivity.

"The (synthetic food dyes) used in the U.S. are absolutely safe," said Joseph Borzelleca, a professor emeritus of pharmacology and toxicology at Virginia Commonwealth University School of Medicine. "Food colors are among the most thoroughly studied of the food ingredients."

Nearly 200 substances were in use when safety testing was finally required in 1960; only a handful survived the testing process.

Today, the nine synthetic hues approved for use in food — meaning they've been certified by the FDA — are used primarily to help restore the color washed away by industrial processing, even out natural variations and make foods look more appealing or "fun."

Manufacturers also can use dyes made from plant, animal or mineral sources, such as beets, caramel color or grape color extract, but the petroleum-based colors are cheaper and can be more consistent.

"The content of a natural color like grape skin varies, depending on where they're grown, the season, the kind of chemicals used and harvesting," said Borzelleca. "But with approved colors you're getting the same thing every time."

Synthetic food colors have been suspected of triggering behavioral problems in children since the 1970s, when pediatric allergist Ben Feingold began treating allergies by putting children on elimination diets, free of both synthetic food dyes and preservatives. But Feingold's ideas, now touted as a way to treat children with attention-deficit disorder, were never convincingly substantiated.

The issue resurfaced in 2007 after University of Southampton researchers reported in the Lancet that hyperactive behavior increased in two groups of children — age 3 and ages 8 and 9 — when they consumed two different mixtures of artificial colors, plus a preservative.

Unlike previous studies, the Southampton research found the effect in children from the general population, not just those whose parents suspected they were sensitive to food dyes. And the study didn't just rely on parental ratings of their children's behavior, which can be subject to bias; it also used ratings generated by teachers, researchers and computers.

The British Food Standards Agency, which commissioned the trial, subsequently advised concerned parents to reduce or eliminate six colorings from their children's diets. A committee of the European Parliament then voted to ban all synthetic dyes from foods consumed by babies and small children.

The FDA still maintains there's "no evidence" of a link between dyes and hyperactivity. When it reviewed the Southampton study, the agency "found no information to suggest that the behavioral changes noted were adverse, detrimental or maladaptive." One of the study's shortcomings, the FDA said, was that it used a mixture of color additives and the preservative sodium benzoate, making it impossible to know which individual additive was responsible for the effect.

The researchers, who have been invited to the March FDA panel, acknowledged that more studies are needed but disagree with the FDA's view that the effects were insufficient to warrant action.

While many factors can influence hyperactivity in children, including genes and environment, "there is good evidence that artificial food colors can also increase levels of hyperactivity," said Jim Stevenson, the study's lead author and professor emeritus in the school of psychology at the University of Southampton.

Certain food dyes, including FD&C Yellow No. 5, also can trigger allergic-type reactions in some people, but allergists note that many natural foods also can cause such symptoms.


"Some chemicals naturally present in strawberries, pineapples or some insecticides used on fruit also bother some people," said Michael B. Foggs, chief of allergy, asthma and immunology for Advocate Medical Group of Advocate Health Care. "Should children be forced to eat foods devoid of artificial coloring agents because a small percentage of children are bothered by recognizable side effects?"

The uncertainty over the evidence leaves parents with many questions and pediatricians with few answers.

Aaron Donnell, an allergist and pediatrician at Children's Memorial Hospital and Illinois Masonic Hospital, said that if parents have questions about attention-deficit disorder, he tells them that skin- or blood-testing won't help, but they can try removing gluten, sugar, dyes or preservatives from the child's diet. "At least half get some improvement by adjusting their diet," he said.

Soledad Erickson, a Chicago teacher, went to Donnell after she suspected food dyes were affecting two of her children. Daughter Marcella, 8, had severe mood swings, and Sydnie, 5, broke out in severe rashes.

Both girls improved after she removed the chemicals from their diet, she said.


"Marcella became more focused and pays attention," said Erickson, adding that signs of the old problems re-emerge when food dyes sneak back into the girls' diets. "She's so much happier and friendlier since I've taken out the dyes. If you met her last year, you'd never think this was the same child."

In Ari Goldstein's clinic, meanwhile, parents are often counseled on the potential benefits of dietary changes after children are diagnosed with learning difficulties or behavioral problems.

Goldstein, director of Cognitive Solutions Learning Center in Chicago and Highland Park, said he knows more research is needed. Still, he urges parents to "clean up" their children's diets, which included removing as many refined and processed foods as possible and incorporating whole foods.

"I've seen some cases where removal of synthetic dyes has improved behavior patterns tremendously; however, other dietary interventions were also in play," Goldstein said.

Some manufacturers and retailers already are moving to replace synthetic colorings with natural alternatives in their products. Both Whole Foods and Trader Joe's have pledged not to sell products with synthetic food colors. Starbucks doesn't permit dyes in its beverages or pastries, Necco has switched to safer natural colorings for its wafers and Frito-Lay is testing dye-free snack foods, according to CSPI.

Many companies have also reformulated products to adjust to the regulations in Europe. For example, Kellogg's strawberry Nutri-Grain Cereal Bars sold in the U.S. contain Red No. 40, Yellow No. 6 and Blue No. 1. But in the U.K., the cereal bars contain natural alternatives: beet root red, annatto and paprika extra.

"I don't think the dyes are good for anything," said Dr. Alan Greene, a clinical professor of pediatrics at Stanford University School of Medicine who signed the CSPI petition. "The only benefit is to trick you into eating the food or to make it look healthier than it is."