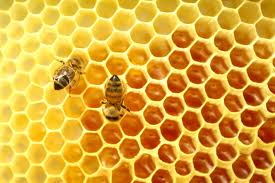 ​A Review of Potential Beneficial Effects of Honey on Bone Health
Mohd Amir Kamaruzzaman,1 Kok-Yong Chin,2 and Elvy Suhana Mohd Ramli1
Abstract
Bone remodelling is a complex and tightly regulated process. Disruption of bone remodelling skewing towards resorption will cause osteoporosis and increase the risk of fragility fracture. Honey is a natural product containing various bioactive ingredients with health benefits, especially polyphenols. Therefore, honey may be a novel dietary supplement to prevent osteoporosis. This review aims to summarize the current evidence on the effects of honey on bone health. The evidence reported so far indicates a skeletal-beneficial effect of honey in animal models of osteoporosis. However, the number of studies on humans is limited. Honey can protect the bone via its antioxidant and anti-inflammatory properties, primarily through its polyphenol content that acts upon several signalling pathways, leading to bone anabolic and antiresorptive effects. In conclusion, honey is a potential functional food for bone health, but the dose and the bioactive contents of honey need to be verified prior to its application in humans.

Abstract
Introduction
The development of antibiotic resistance demands for novel complementary therapies for wound care. We here present a case series on the use of medical grade honey (MGH) in pediatric wounds. We aim to illustrate the specific antimicrobial and pro-healing activity of MGH and support its easy and safe use.

Methods#
Four pediatric patients with wounds of different origin are discussed in this prospective observational case series. All wounds were treated via monotherapy with daily MGH application.

Results and discussion
Wound covering with MGH prevents pathogen infiltration and has antimicrobial activity. Moreover, MGH keeps the wound moist and possesses strong pro-healing effects, such as autolytic debridement of non-vital tissue and restoration of vascular structures. The anti-inflammatory and anti-oxidative action of MGH together with the supplemented vitamins C and E may inhibit scar formation.

Conclusion
MGH is safe and easily applicable and can be recommended in all kinds of wounds.


Bee products and the treatment of blister-like lesions around the mouth, skin and genitalia caused by herpes viruses—A systematic review
KarstenMünstedt

Abstract
​Objectives
To assess the value of bee products with respect to antiviral efficacy against herpes viruses.

Design
A systematic review was done using the JUSTfind System of the Justus-Liebig-University Gießen and Scopus.

Results
Three trials on honey and 6 trials on propolis were conducted. Each trial provided evidence that these two bee products are interesting alternatives to acyclovir, especially propolis, which was found to be superior to acyclovir in 4 trials.

Conclusions
The evidence from these trials suggests that propolis is the best of all natural possibilities in the treatment of herpetic skin lesions, especially those related to HSV-1. Future studies should analyse if propolis could be an adjunct to treatment with acyclovir. For lesions in the oral cavity, honey could be an interesting alternative.

Abstract
​Background: The development of bacterial resistance to antibiotics has made it more difficult and expensive to treat infections. Honey is getting worldwide attention as a topical therapeutic agent for wound infections and potential future candidate for systemic infections.

Objectives: The purpose of this review was to summarise different antibacterial bio-active compounds in honey, their synergistic interaction and their clinical implications in topical and systemic infections. In addition, contemporary testing methods for evaluating peroxide and non-peroxide antibacterial activity of honey were also critically appraised.

Results: Honey contains several unique antibacterial components. These components are believed to act on diverse bacterial targets, are broad spectrum, operate synergistically, prevent biofilm formation, and decrease production of virulence factors. Moreover, honey has the ability to block bacterial communication (quorum sensing), and therefore, it is unlikely that bacteria develop resistance against honey. Bacterial resistance against honey has not been documented so far. Unlike conventional antibiotics, honey only targets pathogenic bacteria without disturbing the growth of normal gastrointestinal flora when taken orally. It also contains prebiotics, probiotics, and zinc and enhances the growth of beneficial gut flora. The presence of such plethora of antibacterial properties in one product makes it a promising candidate not only in wound infections but also in systemic and particularly for gastrointestinal infections. Agar diffusion assay, being used for evaluating antibacterial activity of honey, is not the most appropriate and sensitive assay as it only detects non-peroxide activity when present at a higher level. Therefore, there is a need to develop more sensitive techniques that may be capable of detecting and evaluating different important components in honey as well as their synergistic interaction.

Results
Gelam honey at the concentration of 0.0015 % in both media showed the highest proliferative capacity with no morphological changes compared to their respective controls. The gene expression of aldehyde dehydrogenase (ALDH), a marker for quiescent keratocytes and vimentin, a marker for fibroblast, were higher in the GH enriched groups. The alpha smooth muscle actin (α-SMA) expression, marker for myofibroblast, was lower in GH treated groups compared to the controls. Immunocytochemistry results were in accordance to the gene expression analyses.

Conclusion
Gelam honey at a concentration of 0.0015 % promotes ex vivo corneal keratocytes proliferation while retaining desirable phenotype expression. The results serve as a basis for the development of Gelam honey as a potential natural product in promoting corneal wound healing.

Methods
Thirty male Wistar rats were given a 3 centimeter infra-umbilical laparotomy wound, in`flicted on their abdomen. The colonic transection was performed at 5 cm distal to caecum, with end to end anastomosis of colon segment. They were divided into two groups. Group I was fed with standard rat chow and water. Meanwhile, Group II apart from standard feed, was also given TH 1.0 g/kg every morning until day seven post operatively. Afterwards, anastomotic bursting pressures were measured and histopathological examination on the anastomosis line was performed with light microscopes. The data from two groups were analyzed by Independent paired t test for continuous variables.

Results
It was found that the tensile strength of colon anastomosis (95 % CI; p = <0.001) and the histopathological study including fibroblast count (p = <0.001) and inflammatory cells (p  = 0.002) showed statistically significant difference in the favor of TH-treated group. Meanwhile, neovascularization formation was not statistically significant (p = 0.807); however, the overall count in the TH group was high.

Diabetic wounds are unlike typical wounds in that they are slower to heal, making treatment with conventional topical medications an uphill process. Among several different alternative therapies, honey is an effective choice because it provides comparatively rapid wound healing. Although honey has been used as an alternative medicine for wound healing since ancient times, the application of honey to diabetic wounds has only recently been revived. Because honey has some unique natural features as a wound healer, it works even more effectively on diabetic wounds than on normal wounds. In addition, honey is known as an “all in one” remedy for diabetic wound healing because it can combat many microorganisms that are involved in the wound process and because it possesses antioxidant activity and controls inflammation. In this review, the potential role of honey’s antibacterial activity on diabetic wound-related microorganisms and honey’s clinical effectiveness in treating diabetic wounds based on the most recent studies is described. Additionally, ways in which honey can be used as a safer, faster, and effective healing agent for diabetic wounds in comparison with other synthetic medications in terms of microbial resistance and treatment costs are also described to support its traditional claims.

​
Honey: A Sweet Alternative for Treating Cough in Children

Honey is more effective than a placebo in controlling nighttime cough in children with upper respiratory infections (URI), according to the results from a new randomized placebo-controlled, double-blind trial. The results were published online August 6 in Pediatrics. The World Health Organization recommends honey as a nighttime treatment for coughing in young children with URIs. However, prior studies either tested only a single type of honey or were not blinded.

In the current study, children with URIs and nocturnal cough were given either 1 of 3 different honey products or a placebo 30 minutes before bedtime, based on a double-blind randomization plan. The primary outcome evaluated was a subjective change in cough frequency, based on parent surveys. Secondary outcomes measured included a change in cough severity, the effect of the cough on sleep for both the child and the parent, and the combined score on the pre- and postintervention surveys.

Herman Avner Cohen, MD, from the Pediatric Ambulatory Community Clinic, Petach Tikva, Israel, and colleagues compared symptom scores for each treatment group before and after the intervention and found that patients in all 3 honey groups demonstrated significant improvement compared with patients treated with placebo. There were no significant differences among the different types of honey.

"The results of this study demonstrate that each of the 3 types of honey (eucalyptus, citrus, and labiatae) was more effective than the placebo for the treatment of all of the outcomes related to nocturnal cough, child sleep, and parental sleep," the authors write.

The researchers enrolled 300 children with URIs, aged 1 to 5 years, who were seen at 1 of 6 general pediatric community clinics between January 2009 and December 2009. Patients were eligible if they had a nocturnal cough attributed to the URI. Children were excluded if they had symptoms of asthma, pneumonia, laryngotracheobronchitis, sinusitis, and/or allergic rhinitis. Patients who used any cough or cold medication or honey in the previous 24 hours were also excluded.

Parents were asked to evaluate the children the day of presentation, when no medication had been given, and then again the day after a single dose of 10 g of eucalyptus honey, citrus honey, labiatae honey, or placebo (silan date extract) had been administered before bedtime. Pre- and postintervention subjective assessments were obtained using a 5-item Likert-scale questionnaire regarding the child's cough and sleep difficulty. Only those children whose parents rated severity as at least a 3 (on a 7-point scale) for at least 2 of the 3 questions related to nocturnal cough and sleep quality on the preintervention questionnaire were included.

Of the 300 patients enrolled, 270 (89.7%) completed the single-night study. The median age of these children was 29 months (range, 12 - 71 months). There was no significant age difference among the treatment groups. Symptom severity was also similar among all 4 treatment groups.

Adverse events were reported for 5 patients and included stomachache, nausea, and vomiting and were not significantly different between the groups.

The authors acknowledge the limitations of the study, including the subjective nature of the survey and the fact that the intervention period was limited to a single dose. In addition, they note that some of the improvement measured may be attributed to the natural progression of URIs, which may improve with supportive care and time.

"On the basis of our findings, honey can be offered as an alternate treatment to children >1 year of age," note Dr. Cohen and colleagues.

"Honey may be a preferable treatment of cough and sleep difficulties associated with childhood URI," they conclude.