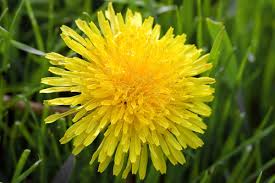 Abstract
Since human beings have sought in nature, components that can obtain help in therapeutics or even in the cure of diseases. The progress made in the area of ​​science promoted the development of recognized and effective herbal medicines, as well as the search for the population, for less aggressive treatments. The evaluation of the antioxidant activity of plants has been an important issue taking into account its importance on human health, since the natural antioxidants present a reduced health risk, when compared to the synthetic ones that present toxic effect. From the Asteraceae family, of which the plant species Taraxacum officinale, popularly known as dandelion, stands out among the 71 species on the list of the Ministry of Health (RENISUS), scientifically affirmed, to treat liver disorders, inflammations, potential in the anti-bacterial, cytotoxic, antiviral, antiparasitic, antifungal activity, besides studies to verify its anticancer action and of carcinogenic prevention. The acute toxicity of Taraxacum officinale appears to be low, with LD50 values ​​estimated at 36.8g / kg and 28.8g / kg, for the whole plant. The adverse or complex toxic effects for T. officinale have not yet been reported. This review of the literature was elaborated through studies of articles contained in the Scielo, Google Scholar and Pub Med platforms. Through this review the importance of phytotherapy studies for pharmacological purposes was verified, aiming to improve the therapeutics.

MATERIALS AND METHODS:Effects of acute (1-day) and chronic treatments (14-days) with WETO (50, 100 and 200 mg/kg) on the behavioral changes in FST, TST and OFT, and the serum corticotrophin releasing factor (CRF), adrenocorticotropic hormone (ACTH) and corticosterone concentration were assessed in mice.

DISCUSSION AND CONCLUSION:These results clearly demonstrated the antidepressant effects of WETO in animal models of behavioral despair and suggested the mechanism involved in the neuroendocrine system.

Abstract
To investigate the efficacy and the mechanism of the anti-inflammatory effect of Taraxacum officinale leaves (TOLs), the effect of a methanol extract and its fractions recovered from TOLs on lipopolysaccharide (LPS)-induced responses was studied in the mouse macrophage cell line, RAW 264.7. Cells were pretreated with various concentrations of the methanol extract and its fractions and subsequently incubated with LPS (1 μg/mL). The levels of nitric oxide (NO), prostaglandin (PG) E2, and pro-inflammatory cytokines including tumor necrosis factor (TNF)-α, interleukin (IL)-1β, and IL-6 were determined using enzyme-linked immunosorbent assays. Expressions of inducible NO synthase (iNOS) and cyclooxygenase (COX)-2 and activation of mitogen-activated protein (MAP) kinases were analyzed using western blotting. The methanol extract and its fractions inhibited LPS-induced production of NO, pro-inflammatory cytokines, and PGE2 in a dose-dependent manner. The chloroform fraction significantly suppressed production of NO, PGE2, and two pro-inflammatory cytokines (TNF-α and IL-1β) in a dose-dependent manner with 50% inhibitory concentration values of 66.51, 90.96, 114.76, and 171.06 μg/mL, respectively. The ethyl acetate fraction also inhibited production of the inflammatory molecules. The chloroform and ethyl acetate fractions reduced LPS-induced expressions of iNOS and COX-2 and activation of MAP kinases in a dose-dependent manner. Among the fractions of the methanol extract, the chloroform and ethyl acetate fractions exhibited the most effective anti-inflammatory activities. These results show that the anti-inflammatory effects of TOLs are probably due to down-regulation of NO, PGE2, and pro-inflammatory cytokines and reduced expressions of iNOS and COX-2 via inactivation of the MAP kinase signal pathway.

.ABSTRACT
Acetaminophen (APAP) hepatotoxicity has been related to several cases of hepatitis, cirrhosis, and hepatic transplant. As APAP hepatotoxicity is related to reactive oxygen species (ROS) formation and excessive oxidative stress, natural antioxidant compounds have been tested as an alternative therapy to diminish the hepatic dysfunction induced by APAP. Taraxacum officinale Weber (Family Asteraceae), commonly known as dandelion, is used for medicinal purposes because of its choleretic, diuretic, antioxidant, anti-inflammatory, and hepatoprotective properties. This study evaluated the hepatoprotective activity of T. officinale leaf extract against APAP-induced hepatotoxicity.T. officinale was able to decrease thiobarbituric acid–reactive substance levels induced by 200 mg/kg APAP (p.o.), as well as prevent the decrease in sulfhydryl levels caused by APAP treatment. Furthermore, histopathological alterations, as well as the increased levels of serum aspartate and alanine aminotransferases caused by APAP, were prevented by T. officinale(0.1 and 0.5 mg/mL). In addition, T. officinale extract also demonstrated antioxidant activity in vitro, as well as scavenger activity against 2,2-diphenyl-1-picrylhydrazyl and nitric oxide radicals. Our results clearly demonstrate the hepatoprotective effect of T. officinale against the toxicity induced by APAP. The possible mechanisms involved include its scavenger activities against ROS and reactive nitrogen species, which are attributed to the content of phenolic compounds in the extract.