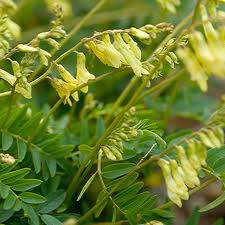 Purpose
This study was aimed to investigate the promote effect and molecular mechanisms of AM and PG on immune system as booster and to control the target diseases using animal and computational systematic study.

Methods
Computational models including absorption, distribution, metabolism, and elimination (ADME) with weighted ensemble similarity (WES) algorithm-based models and ClueGo network analysis were used to find the potential bioactive compounds targets and pathways, which were responsible for immune regulation. Viscera index analysis, proliferation activity of splenic lymphocytes and cytotoxic activity of NK cells assays were performed to validate the effect of AM and PG on immune system of long-term administrated mice. Metabonomic study of mice plasma was conducted to investigate effect of AM and PG on the endogenous metabolic perturbations, together with correlation analysis.

Results
AM and PG simultaneously showed the ability to strengthen the immune system function including enhancement of spleen and thymus index, proliferation of splenic lymphocytes and cytotoxic activity of NK cells. Besides, the different molecular mechanisms of AM and PG on immune regulation were also investigated by analyzing the potential bioactive compounds, enzymes actions and pathways. Quercetin, formononetin and kaempferol were the main immune-related compounds in AM, while ginsenoside Ra1, ginsenoside Rh1 and kaempferol in PG. About 10 target proteins were found close to immune regulation, including acetylcholinesterase (ACHE, common target in AM and PG), sphingosine kinase 1(SPHK1), cytidine deaminase (CDA), and Choline O-acetyltransferase (CHAT). Glycerophospholipid metabolism was regulated in both AM and PG groups. Pyrimidine metabolism and sphingolipid metabolism were considered as the special pathway in AM groups. Energy metabolism and glycerolipid metabolism were the special pathways in PG groups.

Conclusion
A novel comprehensive molecular mechanism analysis method was established and applied to clarify the scientific connotation of AM and PG as immune regulation, with similar herbal tonic effect provided in clinical practice of TCM, which can provide a new line of research for drug development (immune booster) using AM and PG.

Anti-atherosclerotic function of Astragali Radix extract: downregulation of adhesion molecules in vitro and in vivo

Abstract
Background
Atherosclerosis is considered to be a chronic inflammatory disease. Astragali Radix extract (ARE) is one of the major active ingredients extracted from the root of Astragalus membranaceus Bge. Although ARE has an anti-inflammatory function, its antiatherosclerotic effects and mechanisms have not yet been elucidated.

Methods
Murine endothelial SVEC4-10 cells were pretreated with different doses of ARE at different times prior to induction with tumor necrosis factor (TNF)-α. Cell adhesion assays were performed using THP-1 cells and assessed by enzyme-linked immunosorbent assay, western
blotting and immunofluorescence analyses to detect the expression of vascular cell adhesion molecule-1 (VCAM-1), intercellular adhesion molecule-1 (ICAM-1), phosphorylated inhibitor of κB (p-iκB) and nuclear factor (NF)-κB. We also examined the effect of ARE on
atherosclerosis in the aortic endothelium of apolipoprotein E-deficient (apoE−/−) mice.

Conclusion
This study demonstrated that ARE might be an effective anti-inflammatory agent for the treatment of atherosclerosis, possibly acting via the decreased expression of adhesion molecules.