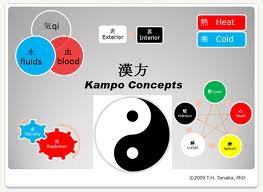 Abstract
Bone cancer pain control is difficult because it includes various characteristics of pain such as nociceptic and neuropathic pain. In this study, we investigated the effect of yokukansan (YKS), one of the traditional Japanese herbal medicines, on cancer pain in mouse bone metastasis model. Oral administration of YKS significantly alleviated pain behavior measured by quantitative body weight bearing. Furthermore, the pain behavior was also significantly alleviated by intrathecal and intraperitoneal administration of matrix metalloproteinase- (MMP-) 9 inhibitor, but not of MMP-2 inhibitor. MMP-9 expression was significantly elevated in the bone tissue on day 3 after carcinoma cell injection and in the ipsilateral spinal cord on day 7, which was suppressed by YKS administration. Taken together, these results suggest that YKS alleviates cancer pain via suppressing MMP-9 expression in bone metastasis model in mice.

Abstract
Background
Animal models have shown that glial cells (microglia and astrocytes) in the spinal cord undergo activation following peripheral injury associated with chronic pain, suggesting the involvement of these cells in pain diseases. We have previously reported that Yokukansan (YKS), a Japanese traditional herbal (Kampo) medicine, is effective against chronic pain through the suppression of spinal glial cell activation. Morphine is a widely-used opioid analgesic for relieving severe pain, but its repeated administration leads to the development of antinociceptive tolerance. The development of morphine tolerance is also reported to be caused by spinal glial cells activation. In the present study, we investigated the inhibitory effects of YKS on the development of morphine tolerance and the activation of the spinal microglia and astrocytes using a rat model.

Methods
Male Wistar rats received a subcutaneous injection of morphine hydrochloride (10 mg/kg/d) for 7 days, and the withdrawal latency to thermal stimulation was measured daily using a hot plate test. Thereafter, the appearance of activated microglia and astrocyte in the spinal cord (L5) was examined by immunofluorescence staining. Ionized calcium binding adapter molecule-1 (Iba-1) staining was used to label microglia and glial fibrillary acidic protein (GFAP) staining was performed to label astrocytes. YKS was administered mixed with powdered rodent chow at a concentration of 3%.

Conclusion
These results suggest that the preadministration of YKS attenuates the development of antinociceptive morphine tolerance, and the suppression of spinal glial cell activation may be one mechanism underlying this phenomenon.


Abstract
Background
Soshiho-tang, known as Xio-hai-Hu-Tang in Chinese and Sho-Saiko-to in Japanese, has been widely used as a therapeutic agent. Its pharmacological effects include anti-inflammatory, antioxidant, antihepatic fibrosis, antitumor and immunomodulating activities. However, little is known regarding its effects on allergic asthma. Therefore, the aim of the present study was to investigate whether the Soshiho-tang water extract (SSTW) has antiasthmatic effects on airway inflammation in an ovalbumin (OVA)-induced mouse model.

Methods
BALB/c mice were used as a model of asthma after induction by sensitization and challenge with OVA. We measured change in eosinophils, other inflammatory cells, and T helper 2 (Th2)-type cytokines, such as interleukin (IL)-4, IL-5, IL-13, IL-17, IL-33, and chemokine (eotaxin) in bronchoalveolar lavage fluid (BALF), presence of total and OVA-specific immunoglobulin (Ig)E in plasma, and expression of mucus production and heme oxygenase (HO)-1 protein in lung tissue.

Results
Our results show that SSTW had a suppressive effect on eosinophil influx into BALF and decreased the levels of Th2-type cytokines. Moreover, SSTW exhibited a marked decrease in mucus hypersecretion, total and OVA-specific IgE levels, and significantly induced HO-1 protein expression.

Conclusions
These results suggest that SSTW may be used as a valuable therapeutic agent for treating various inflammatory diseases including allergic asthma.

Abstract
Sarcopenia is characterized by age-associated skeletal muscle atrophy and reduced muscle strength; currently, no pharmaceutical treatment is available. Go-sha-jinki-Gan (GJG) is a traditional Japanese herbal medicine that is used to alleviate various age-related symptoms, especially motor disorders. Here, we investigated the effect of GJG on aging-associated skeletal muscle atrophy by using senescence-accelerated mice (SAMP8). Immunohistochemical and western blotting analyses clearly showed that GJG significantly reduced the loss of skeletal muscle mass and ameliorated the increase in slow skeletal muscle fibers in SAMP8 mice compared to control mice. The expression levels of Akt and GSK-3β, the phosphorylation of FoxO4, and the phosphorylations of AMPK and mitochondrial-related transcription factors such as PGC-1α were suppressed, while the expression of MuRF1 increased in SAMP8 mice, but approximated that in senescence-accelerated aging-resistant (SAMR1) mice after GJG treatment. We demonstrate for the first time that GJG has a therapeutic effect against sarcopenia.

Abstract
In the course of screening for the anti-Parkinsonian drugs from a library of traditional herbal medicines, we found that the extracts of choi-joki-to and daio-kanzo-to protected cells from MPP+-induced cell death. Because choi-joki-to and daio-kanzo-to commonly contain the genus Glycyrrhiza, we isolated licopyranocoumarin (LPC) and glycyrurol (GCR) as potent neuroprotective principals from Glycyrrhiza. LPC and GCR markedly blocked MPP+-induced neuronal PC12D cell death and disappearance of mitochondrial membrane potential, which were mediated by JNK. LPC and GCR inhibited MPP+-induced JNK activation through the suppression of reactive oxygen species (ROS) generation, thereby inhibiting MPP+-induced neuronal PC12D cell death. These results indicated that LPC and GCR derived from choi-joki-to and daio-kanzo-to would be promising drug leads for PD treatment in the future.

Abstract
Background. Preoperative anxiety can lead to unfavorable physiological response such as tachycardia and hypertension. Prevention of preoperative anxiety improves surgical outcome and decreases inpatient stay. Yokukansan is one of prescriptions in Kampo, traditional Japanese herbal medicine, and is known to exert anxiolytic effects. The aim of the present study was to compare the effects of diazepam and Yokukansan on preoperative anxiety, salivary amylase activity, and sedation levels.

Results. Although levels of anxiety and salivary amylase activity were not different between the two groups, the modified Observer’s Assessment of Alertness/Sedation Scale of the Yokukansan group was significantly higher compared to that of the Diazepam group.

Abstract
Objectives. To identify the correlates of headaches in middle-aged women and investigate the effects of Tokishakuyakusan (TJ-23),a formula of traditional Japanese herbal therapy Kampo, on headache and concomitant depression.

Methods. We examined cross-sectionally the baseline records of 345 women aged 40–59 years who visited our menopause clinic. Among them, 37 women with headaches were treated with either hormone therapy (HT) or TJ-23; the data of these women were retrospectively analyzed to compare the effects of the treatment.

Results. The women were classified into 4 groups on the basis of their headache frequency, andno significant intergroup differences were noted in the physical or lifestyle factors, except age. Multiple logistic regression analysis revealed that the significant contributors to the women’s headaches were their age (adjusted OR 0.92 (95% CI 0.88–0.97)) and their depressive symptoms (adjusted OR 1.73 (95% CI 1.39–2.16)). Compared to women treated with HT, women treated with TJ-23 reported relief from headaches (65% versus 29%) and concomitant depression (60% versus 24%) more frequently. Improvement in the scores of headaches and depression correlated significantly with TJ-23 treatment.

Conclusions. Headache in middle-aged women is significantly associated with depression; TJ-23 could be effective for treating both of these symptoms

Abstract
Aims.
We previously reported that kamikihito (KKT), a traditional Japanese medicine, improved memory impairment and reversed the degeneration of axons in the 5XFAD mouse model of Alzheimer’s disease (AD). However, the mechanism underlying the effects of KKT remained unknown. The aim of the present study was to investigate the mechanism by which KKT reverses the progression of axonal degeneration.

Methods. Primary cultured cortical neurons were treated with amyloid beta (Aβ) fragment comprising amino acid residues (25–35) (10 μM) in an in vitro AD model. KKT (10 μg/mL) was administered to the cells before or after Aβ treatment. The effects of KKT on Aβ-induced tau phosphorylation, axonal atrophy, and protein phosphatase 2A (PP2A) activity were investigated. We also performed an in vivo assay in which KKT (500 mg/kg/day) was administered to 5XFAD mice once a day for 15 days. Cerebral cortex homogenates were used to measure PP2A activity.

Results. KKT improved Aβ-induced tau phosphorylation and axonal atrophy after they had already progressed. In addition, KKT increased PP2A activity in vitro and in vivo.